posted by AlexB
Jan 19, 2013 100889 1 0
Share
One of the most challenging visually travel destination in Europe is the Romanian capital, Bucharest. Starting with the moment of its independence in 1877 Romania joins the developing trend of Western Europe, invites a German origin king, a huge wave of foreign immigration and starts brushing up its capital in the architectural flavours of Paris or Berlin. The beginning of 1900 makes room to the vegetal Art Nouveau style and the 1920s boosts the Art Deco style buildings (modern, slick lines that copy sea ship’s curves with round windows like hublot). 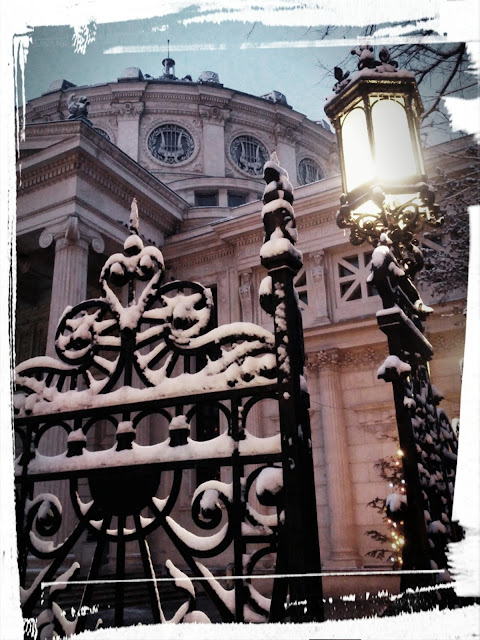 A Mirror of West & East

A stroll along the streets of Bucharest is a feast to the eyes: the mix of Western with Byzantine buildings, dotted with small house, hidden churches or monasteries, parks and monuments blend in a fascinating voyage across the whole continent (from east to west). Winter time is a particular moment of the year to discover the old charm of Bucharest with a blanket of elegant snow transforming it into a winter fairyland. But be prepared as inspite the sunny and clear crisp days, the temperatures could range between -5C (during the day) and -20C (during the night). Big warm boots and jacket, gloves, woolly scarf and hat are a must! Otherwise there is no gain without any pain, right?

A good starting point for a 2 hour stroll is the city center close to the General Magheru Boulevard (the main route connecting Piata Universitatii and Piata Romana squares). Head inland at the Vodafone shop on C.A. Rosetti street and just before turning the second street to the left on Dionisie Lupu street, note the Vietnamese Embassy’s French style architecture (civic number 35).

On Dionisie Lupu street (photo above) you will discover the beat of the old heart of Bucharest: on the right sits the Librecht House built in a drama and grandeur emphasizing Neo-Gothic style for Cezar Librecht, director of the Post Office in 1860. Behind the building stretches a huge park. Today the house hosts the university professors’ club as well as a restaurant. Across the street is the Rectorate of the Medicine and Pharmacy University “Carol Davila”, another period fine building. 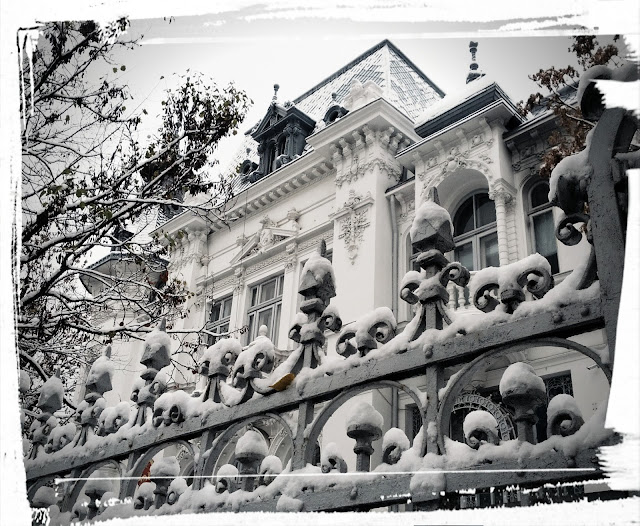 Turn right into Pictor Arthur Verona street and you will immediately spot the Anglican Church building, the “Church of the Resurrection” being part of the Church of England’s “Diocese in Europe”. Since its first service in 1920 it continued to be the only Anglican church in the former Eastern European block to have remained opened. 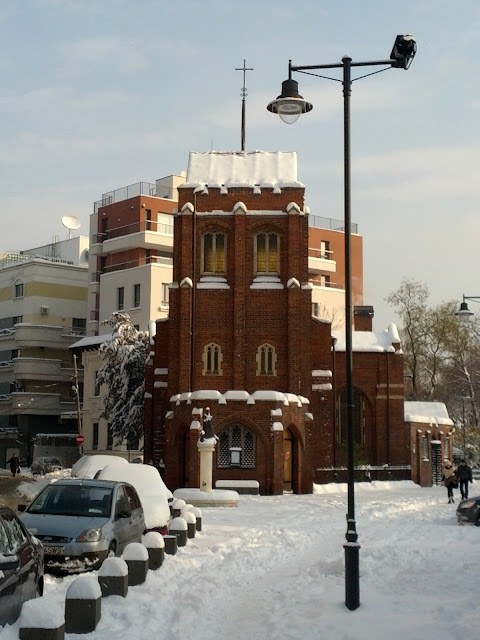 A regular attendee in the early days was Queen Marie of Romania, granddaughter of Queen Victoria. Although on her marriage to Crown Prince Ferdinand she had joined the Orthodox Church, she continued to attend the English services in Bucharest, and it was largely thanks to her support that the present building was completed.

Cross the Gradina Icoanei green and turn right into an architectural museum feast: Dumbrava Rosie street. Each villa is different. At number 9 is Tartasescu Captain Villa (1912) in Neoclassical and Baroque style mix (photo bellow). The three mascarons on the façade represent a satyr, a putto and a nymph, crossing the entire human spectrum  from wisdom and art to innocence and to adoration and seduction, embodying the elegance of the villa. 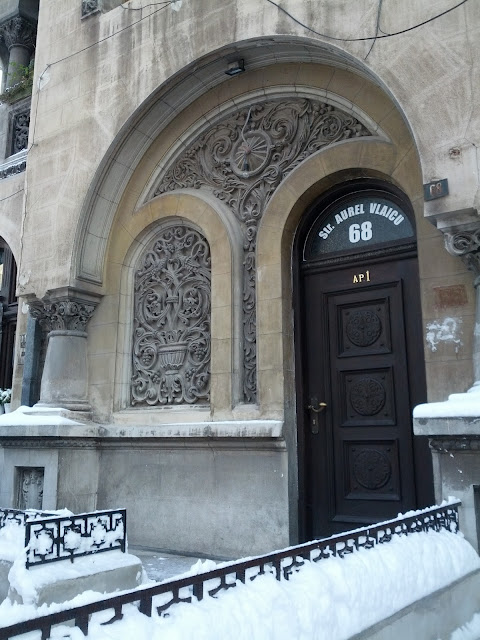 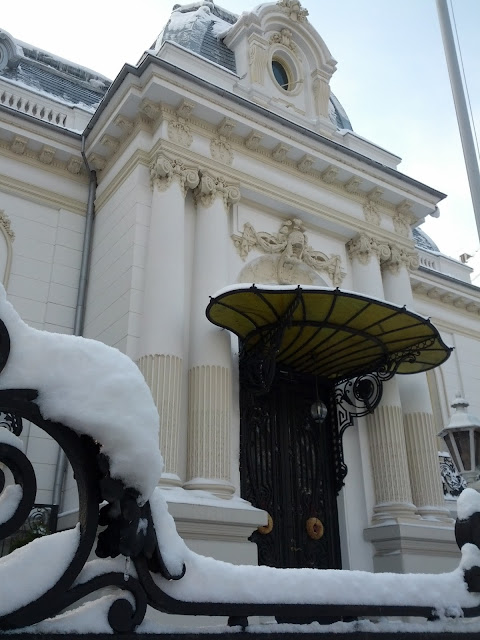 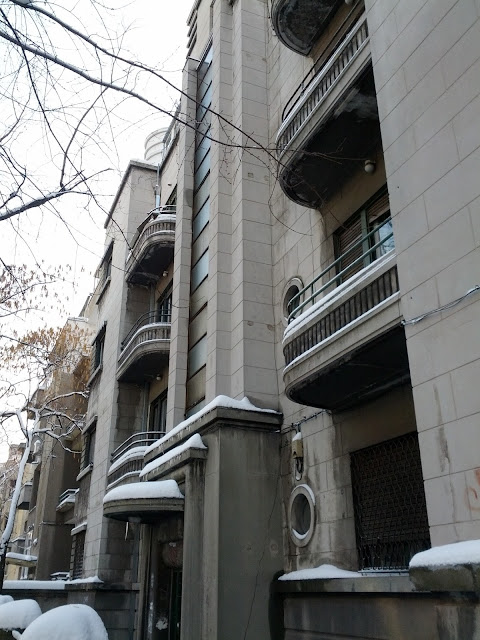 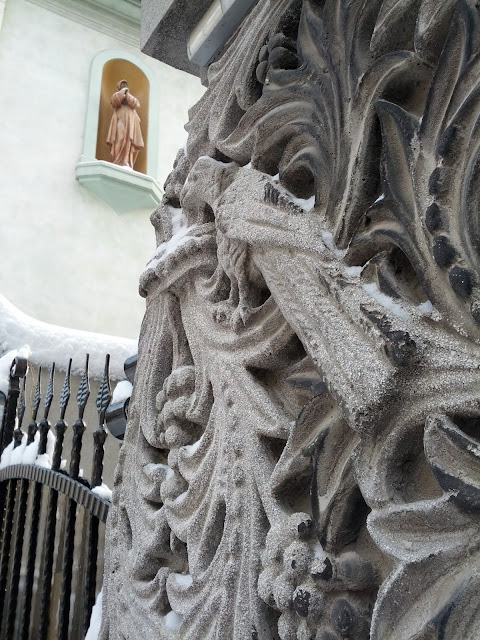 Parisian and British Love of Gardens

A last stop that I would recommend would be Ion Voicu park (also known as Ioanid Garden), tucked behind the Belgian, Danish embassies and the Germanic cross beam Dr. Petre Herescu Villa off Dacia Boulevard. This type of park was designed in fact as an extension of the surrounding dwellings and their terraces following the British romantic gardens model and inspired from the Parisian Monceau Park.

At this point you might have understood the energy of a nation situated at the edge of the continent with a great appetite for Western trends and fashion. Bucharest still bubbles with old charm waiting to be discovered. This is in fact the main ingredient of a great tourist destination for 2013 and beyond. 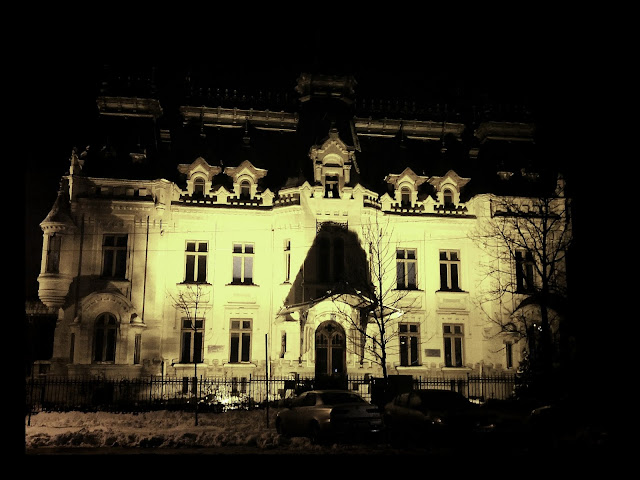 Airport With a Beach

Ever wondered how to spend a couple of hours waiting in between two connecting flights in an airport? What about...