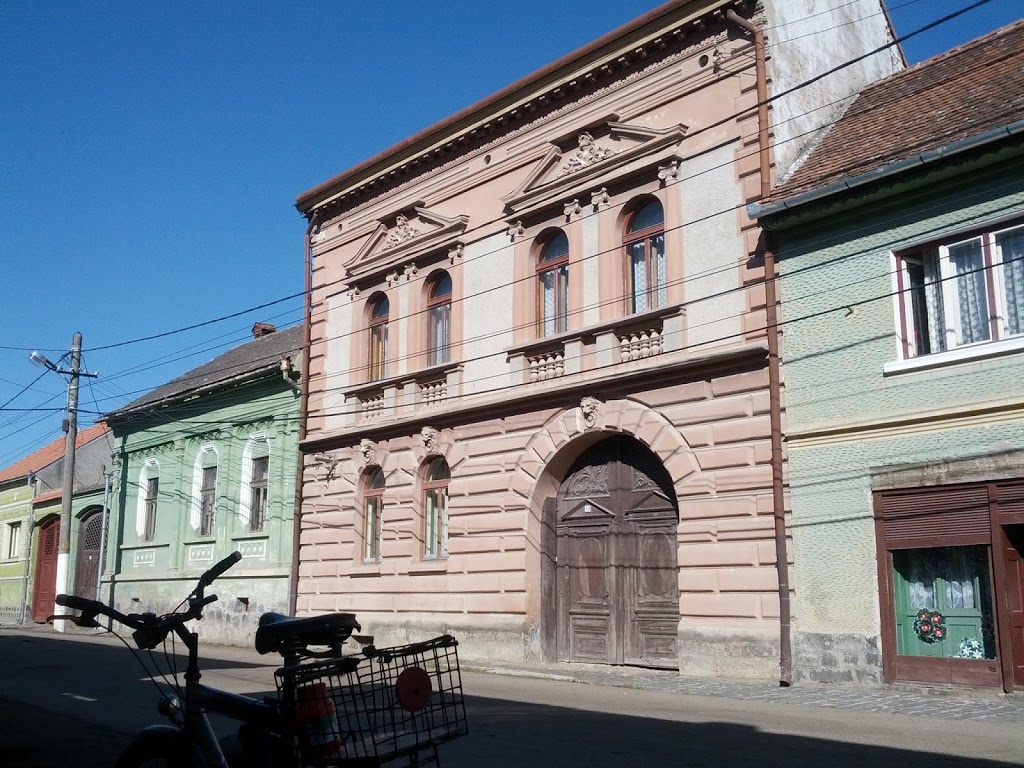 This article will tell you about a magic place in Transylvania, Romania where history meets a volcanic landscape that seems being cut out from Mars. Detailed location maps are at the end of the article.

Close Your Eyes. You’re in Transylvania!

Breath deeply, close your eyes, forget for a second about civilization, Internet and catching the next train to work. You have been teleported to the south-eastern part of Transylvania, a magic land, 250 km north from Bucharest, off the main road linking Brasov to Sighisoara and you are following the rolling hills towards the village called Racoş (Alsórákos in Hungarian). More than half of its inhabitants are Hungarians. The rest are Romanians and Gypsy.

The first feeling that you get when you step in the village is that it has the feeling of a little town in an embryonic phase: houses tend to be more outstanding, having a neo-classical eye brow, little old shops pop here and there and the road side is covered with cobble stone. In the main square you will notice the rounded bastions of Sukosd-Bethlen Castle built in 1625 in the Transylvanian Renaissance style. The small scale castle was the residence of count Sukosd. He received the land from the Transylvanian prince Gabriel Bethlen, as a reward for his loyal military services. Now the building belongs to the local community that seems busy with picking the crops in the fields or milking the cows. Inspite of this the place has a charm that seems imported from the “Sleeping Beauty” story. At this point you may want to ask the locals the way out from the village to the “Volcano”. Just up the hill and overlooking the village opens another magic to you. The ‘mouth’ of an extinct volcano that remained open in a sleeping and continuous yawning displays a Moon/Mars like landscape. Stripes of red melt with violet and green in a beautiful concert for the eye. Inside the volcano there’s perfect silence. Here you can listen to the mountains’ heart beat or hear the blue of the sky stroke by predator birds.

The multitude of colours speak of the intense volcanic activity in this area. They change by the hour with the intensity of sun and its shining angles. The aspect that strikes the Western traveler and explorer is the majestic silence and the purity of the air. Have a stroll and take a deep breath of air. In fact you are now in the heart of Transylvania and it is here the place where you can connect with veins of the Nature and History. If you believe that you are done for the day, it’s a mistake. Within a throw of a stone you can discover a natural “screen-shot” of a lava eruption. The fast cooling down process gave birth to these basalt columns that recall the pipes of an organ. The geometry on display is amazing! The last present Racos keeps for you is the emerald green  lake that was accommodated in the cradle of a former query and supplied by the local fresh underground waters.

How to get there?

You can fly to Bucharest or Targu Mures airports and rent a car in order to drive to the south-eastern part of Transylvania, to Racos in Brasov county. This article brings you the most beautiful house of Ireland that didn’t change a bit its initial look and...