posted by AlexB
Nov 25, 2012 140928 0 0
Share
What can you do in Istanbul if you had say 9 hours to spend for example between two connecting flights?
The choice of the offer is so big! There are countless possibilities – all tempting even for a connoisseur who has been at least 10 times to Istanbul before. But this time I tried to taste as much as possible from the flavours, smells, sounds, feels and feelings Istanbul gives with genuine generosity!

4 pm: Choosing a Strategic Spot for Your Hotel

Due to the time limitation I picked up a handy accommodation location around Taksim Square – the place where the airport shuttle buses arrive and depart from (as soon as 4 am). Star Oteli, just behind the Marmara Hotel was a decent address.

Crossing from Europe to Asia

Istanbul is the only city in the world that stretches on two continents. Hopping from Europe to Asia and back is a wonderful memory for the price of a return bus/tram ticket. You take any of the descending streets that end by the Bosphorus shores where the buzz and magic will get into your veins. 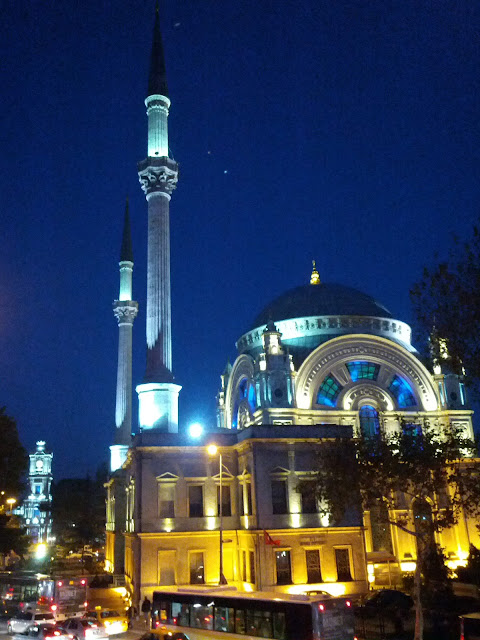 Head to the left. The elegant silhouettes of the Dolmabahçe Mosque and its two minarets will indicate that you are on the right way. This mosque was commissioned by queen mother Bezmi Alem Valide Sultan and opened in 1855. Follow your path towards the neo-baroque 27 meters high Dolmabahçe Clock Tower (1895) that flanks the entrance to the palace with the same name. It was the home of the last sultan and also the place where Turkey’s Father Ataturk died. 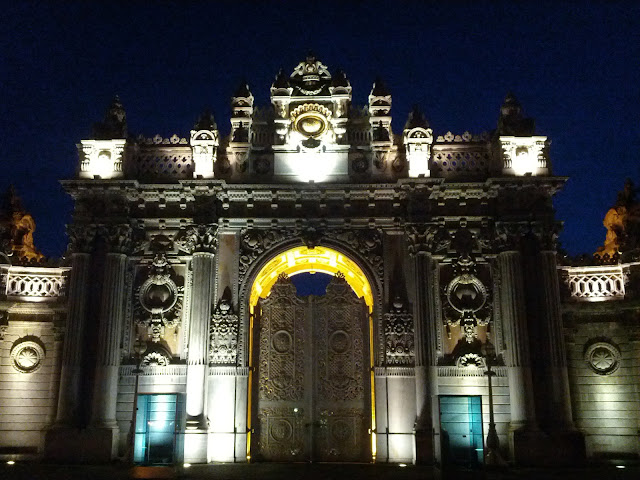 İnönü Stadium on your left is Beşiktaş J.K.’s football club’s home.
Behind the palace, you will find Beşiktaş Iskele (or pier). You might be welcomed by a huge mass of people all eager to cross with you on the continent in front of you. 98% of them are locals commuting. Don’t be put down with the number of passengers as the queue is nowhere but everywhere. Relax and blend in the scenery, as there is enough room for everyone on the boat. Ah, forgot to tell you that the ticket machines are situated outside the building to the left. Insert the money and get your lucky chip (jeton) that will be inserted in the entrance barrier. Once you passed head towards the end of the boat where it’s less windy and just enjoy the view on the shores and on the deck.
The boat will take you south the Bosphorus strait between Europe and Asia to Kadiköy – a district of Istanbul hosting the oldest Mosque in the metropolis (built 100 years before the conquest of Constantinople) and home to Haydarpaşa Gari – the main Asian railway station and western terminus of the former Baghdad Railway (İstanbul-Konya-Adana-Aleppo-Baghdad) and the Hejaz Railway (İstanbul-Konya-Adana-Aleppo-Damascus-Amman-Medina). The building was done in 1909 by German and Italian masons in Neo-Classical style. 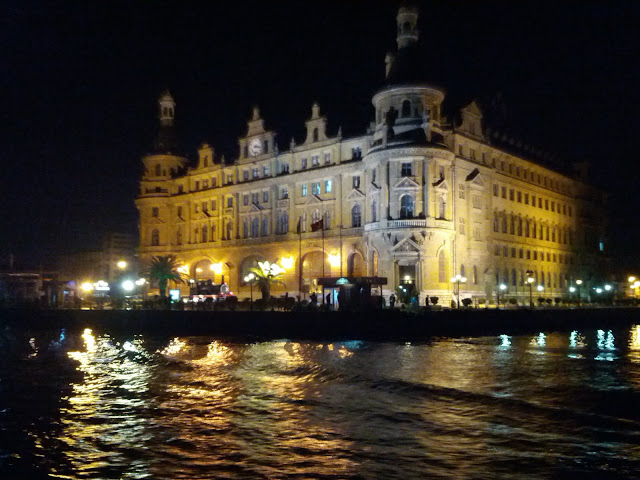 The Tastes of Asia

While waiting the next boat to Europe one can start tasting the chicken (tavuk) kebab, the simit (sesame pretzel) and those roasted chestnuts! Oh, their smell melts so well with the freshness of the chilly evening and the moist of the sea! Divine!

And Back to Europe

The pier that you need to head to is the one next door to the right (facing the sea), towards the railway station’s building. Watch for the boat for Eminönü. 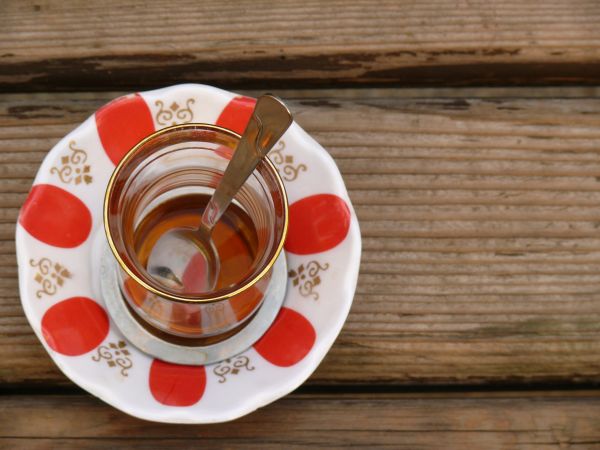 Don’t miss getting yourself on board a Turkish tea, served in a tulip shape glass on a white porcelain saucer with red petal-like marks for a mere 1 Turkish lira. Sipping it slowly you will be transported slowly by the glowing lights of Hagia Sophia, the Blue Mosque, Top Kapı (the home of the sultans), the New Mosque, Galata Bridge and the Genovese Galata Tower into Eminönü – the heart of the walled city of Constantine, the area on which the ancient Byzantium was built. 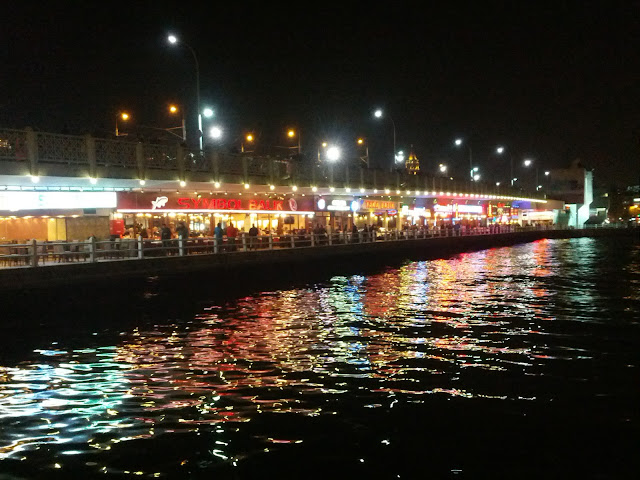 By this time you should be under charms! Clap your hands once in front of your eyes as you need to move on. This is just the beginning! (to be continued)
Share